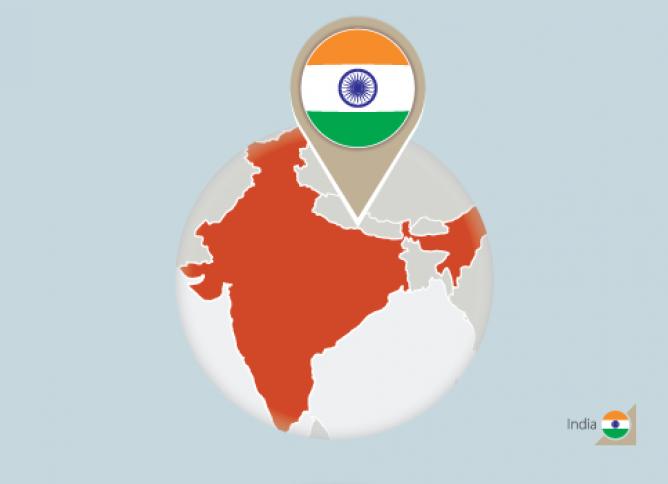 India has a population of 1.3 billion people; 10.7 percent of the adult population smoke tobacco products and 21.4 percent use smokeless tobacco.1 An estimated 1,113,421 people die in India each year from diseases caused by tobacco use.2

To further explore SLT products, in 2017, TPackSS systematically collected SLT packages from five states in India: Maharashtra, Uttar Pradesh, Assam, Rajasthan, and Karnataka. These states were selected based on geographic diversity, political relevance, and prevalence of SLT users. Within each state, one town (population between 20,000 and 50,000) and four rural villages (population between 5,000 and 20,000) were selected for data collection. Data collectors purchased one of every unique SLT package available from vendors selected in each neighborhood. From October 26 to November 23, 2017, 240 unique SLT packages were collected.

Tobacco packaging and labeling in India is regulated under the Cigarettes and Other Tobacco Products Act (COTPA). COTPA was passed in 2003 and updated in 2008 with the Packaging and Labeling Rules, which established standards for health warning labels. Graphic health warnings were established in 2011 and a new round of graphic health warnings came into effect on April 1, 2013. G.S.R. 727(E) announce the Cigarettes and other Tobacco Products (Packaging and Labelling) Amendment Rules, 2014. The Rules establish, among other items, new health warnings to cover 85 percent of the front and back of tobacco product packaging. These Rules were to have gone into effect on April 1, 2015, but the MOHFW has issued a subsequent notification establishing April 1, 2016 as the implementation date of the new warnings.3